GORG-2000 the Assimilator is a boss that can be encountered and fought in PickCrafter. Defeating her earns the player Lil' GORG 1000s, and one point towards the GORG Trophy.

GORG cannot be attacked directly. She floats around the arena and places mechanized Creeps below her one at a time. The Creep walks toward the screen and explodes when it comes close, distorting the screen like it's shattered for a few seconds. Tapping a Creep explodes it early, damaging GORG if she's too close.

At about 1/3 health remaining, GORG will move faster and place 2 or 3 Creeps at a time. 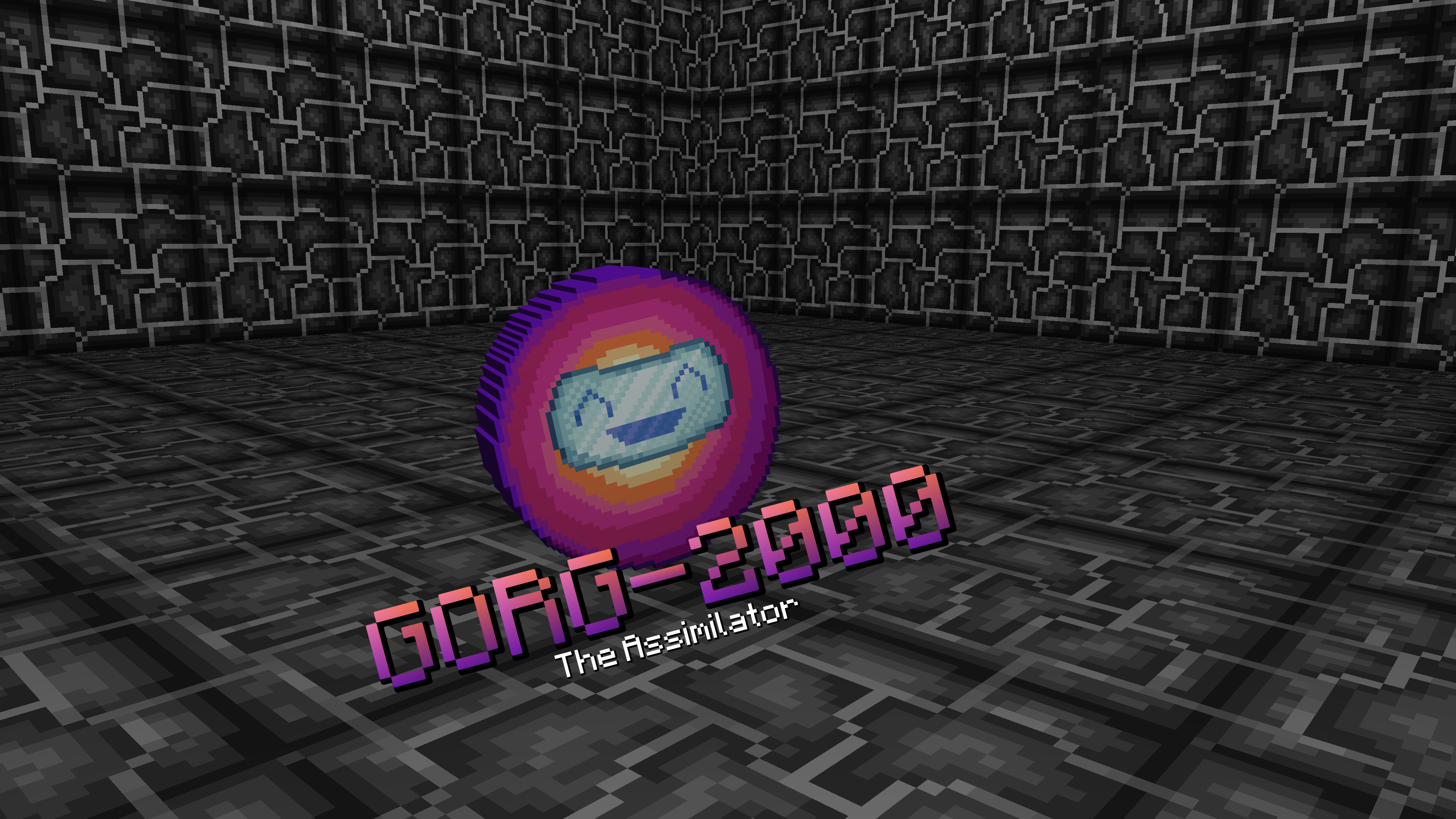