Chronos The Time Keeper is a boss that can be encountered and fought in PickCrafter. He is only available during the Boss Rush Event. Chronos controls time, which explains the ability of the Chronos Pickaxe. Defeating him in the Boss Rush earns the player a Boss Rush Chest, which contains 3 items related to him, The Mystery of Time, The Sands of Time, and the Chronos' Wheel.

Chronos has, like the other boss, one type of fight. There is a wheel behind him and a red clock in the middle of it, that's his weak spot. He turns around at a different place, and his turns are pretty quick, the only way to beat him is by slowing time by clicking on one of those three clocks at the bottom of the screen at the perfect time. 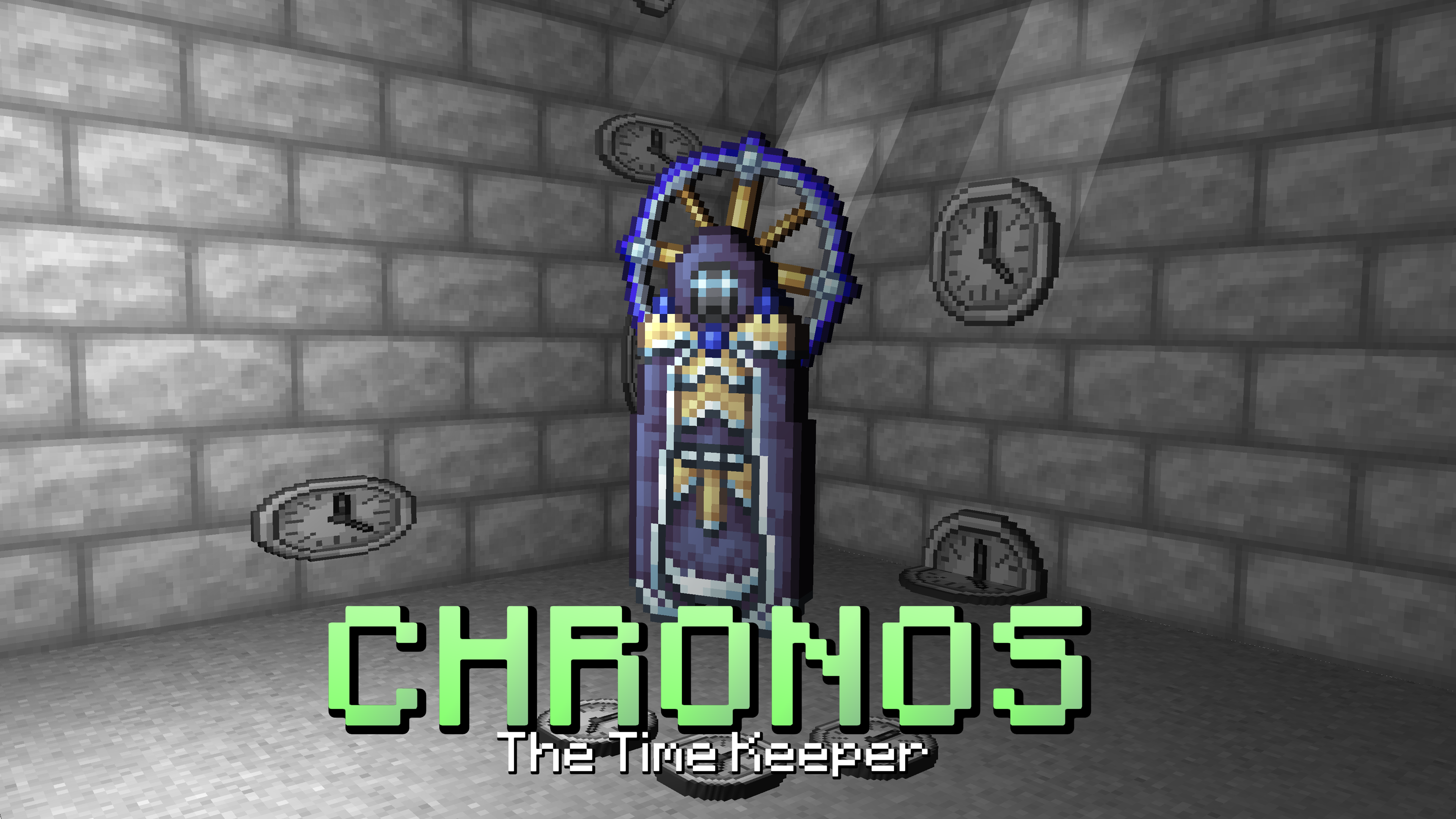