Bole the Mole is a boss that can be encountered and fought in PickCrafter. When defeated, the player earns one or two Bole's Mole Soul and one win towards the Bole Trophy. He is the tutorial boss, and also the first boss in the boss cycle.

Bole The Mole's boss fight is a game of Whack-a-Mole. Several holes will appear on the screen (the amount depending on the platform). Moles will pop up from different holes on the screen, wearing a blue or red beret. Tapping either of them decreases his health, but the red beret moles appear and disappear faster, and will deal more damage. 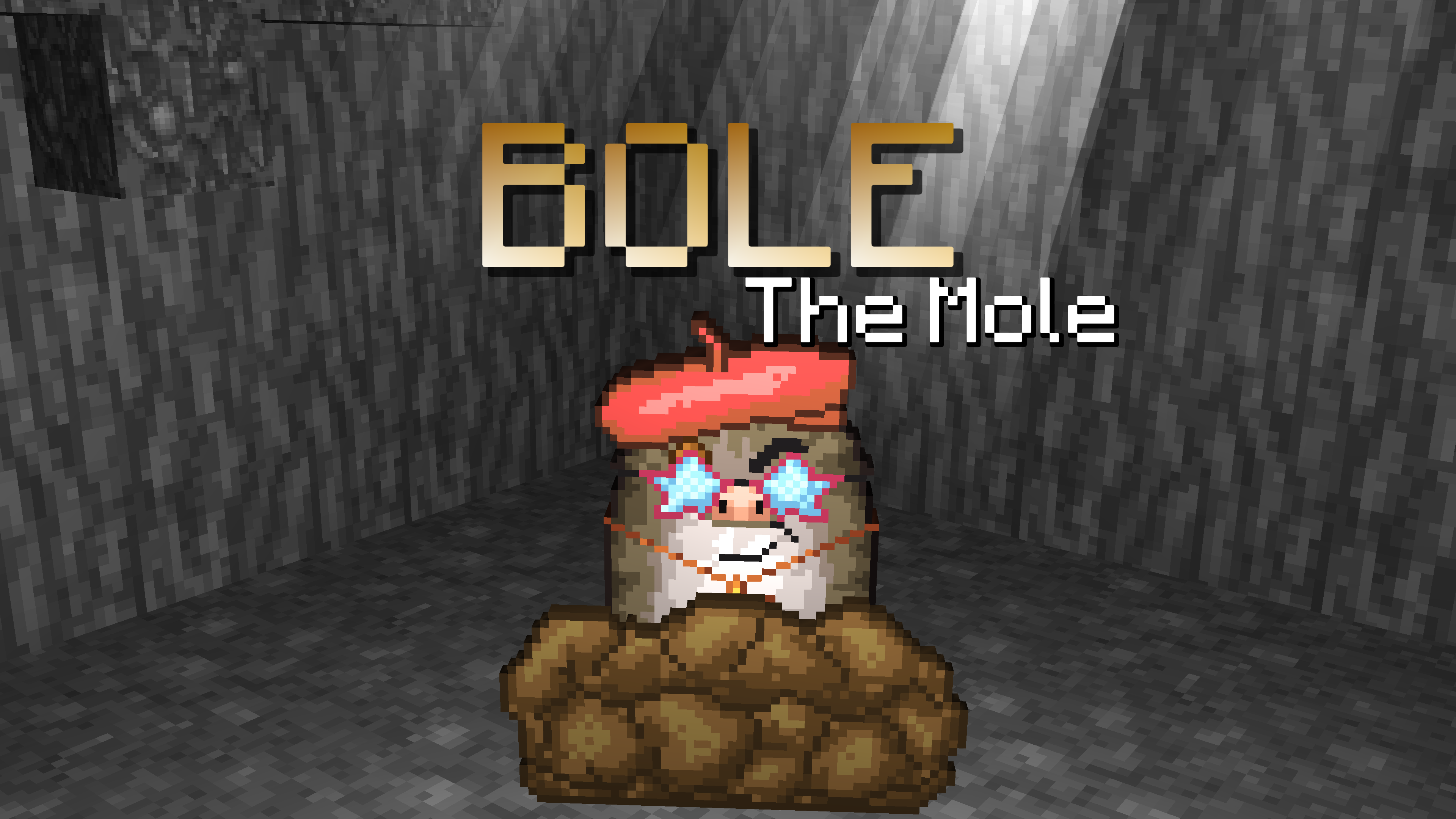